CHICAGO (August 1, 2019) – South East Chicago Commission (SECC) is pleased to announce the appointment of Elvin Charity as the new Board President. Charity succeeds Shirley J. Newsome, who served as the SECC’s Board President for eleven years.

Newsome joined SECC’s Board in 2006. When former SECC Board President, Valerie Jarrett, headed to the White House to serve President Barack Obama in 2008, Newsome was appointed to the Board to lead the SECC’s efforts in housing, transportation, business development and retention, neighborhood improvement, and arts and culture (place-making). This was the perfect opportunity to extend “Quality of Life” service to the Hyde Park, Kenwood, Washington Park and Woodlawn.

Newsome has been a resident of North Kenwood-Oakland since 1979 and began community involvement in 1981 with the organization of the Lake Park-Berkeley-Ellis-Drexel Block Club Association, encompassing the area between Drexel Boulevard and the Lake, and Pershing Road to 43rd Street.

Newsome has been involved in the overall development and revitalization of the community area since 1988. She participated in the 80 planning meetings that led to the designation of North Kenwood-Oakland as a Conservation Area, served as the Planning Committee Co-Chair, and was later appointed Chairman of the Conservation Community Council, following City Council designation and also presently serves as the Board Chair of Quad Communities Development Corporation (QCDC) in Bronzeville.

“The SECC is extremely grateful for Ms. Newsome’s dedicated and impactful tenure. She helped lead the SECC into a new era focusing on economic development and expanding our footprint to a regional approach. Her commitment to our community is uncanny and we are grateful that she will remain on the Board in an advisory capacity, ” said Charity. 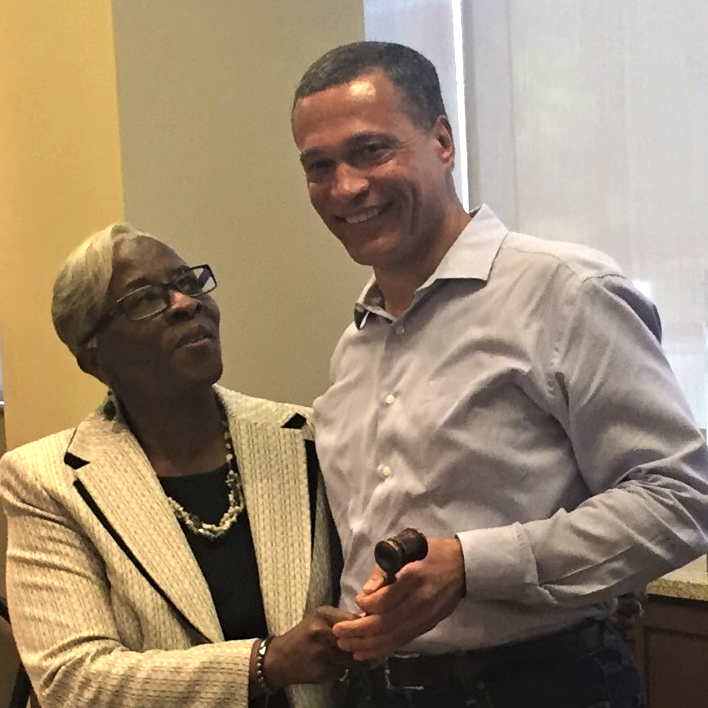 In his new role, Elvin Charity will lead the implementation of the strategic plan and ensure the SECC’s operations remain aligned to the vision.

“We are pleased to welcome Elvin as our new Board President. He brings a wealth of experience and expertise and will be a tremendous asset to SECC’s leadership as we further our mission of facilitating and supporting economic and community development within the Southeast lakefront communities,” said Diane Burnham, Executive Director of the SECC.

Charity is the Principal at Charity & Associates, P.C., a Chicago-based law firm built on a foundation of taking a proactive approach to law and finance. Elvin Charity has over 30 years of experience in real estate law, representing banks, developers and governmental authorities in such areas as real estate lending, loan restructuring, workout of distressed assets, zoning, tax increment financing, leasing and land acquisition and disposition.  In 2006 Charity was appointed by Mayor Richard M. Daley as Chairman of the Chicago-Gary Regional Airport Authority. From 1992 until January 2000, Elvin served as Chairman of the Community Development Commission of the City of Chicago.

Charity has dedicated his service to improving the quality of life in the SECC’s footprint communities for nearly a decade.