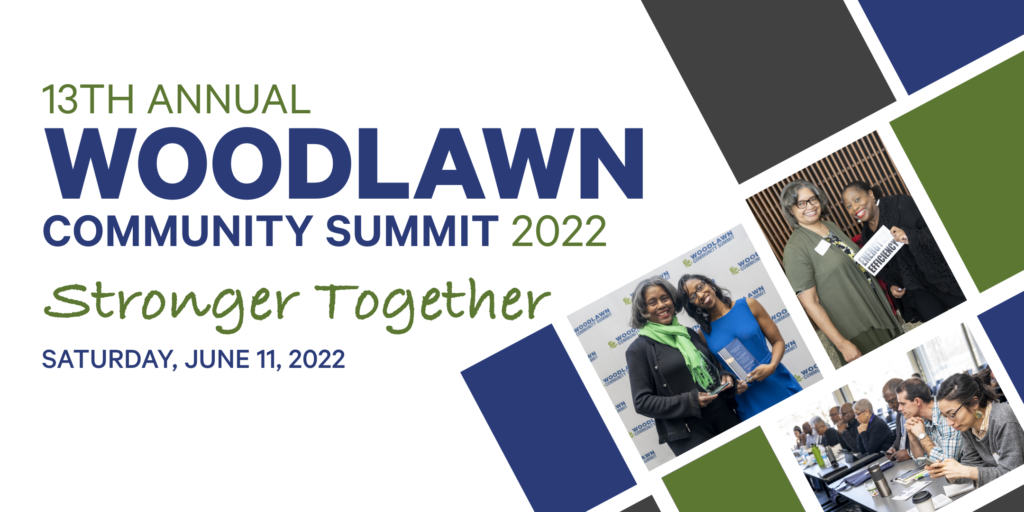 WATCH THE REPLAY – As an alternative to in-person participation, residents were invited to watch the general session online. 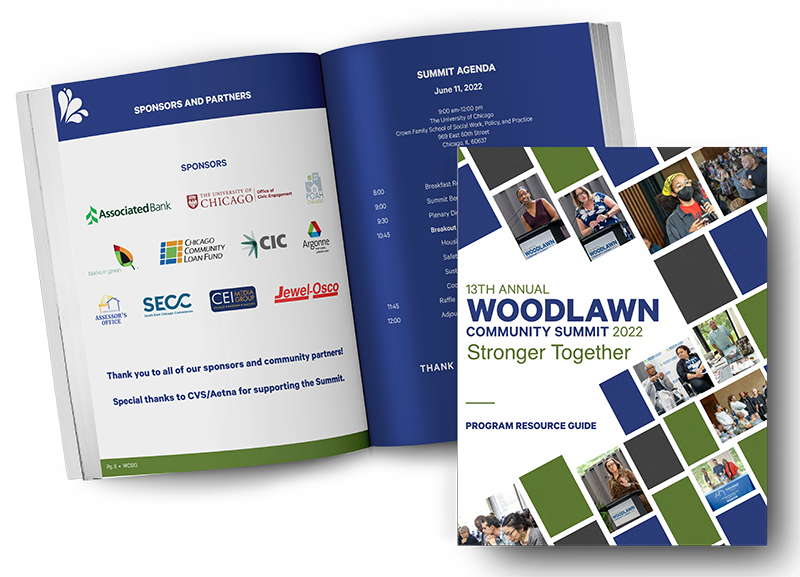 The Woodlawn Community, including communities on Chicago’s mid-south side, is undergoing a historic transformation.  The Obama Center has begun construction, new housing developments and important infrastructure is planned; all for a new and exciting opportunity for residents, stakeholders and business owners.

Join us for this annual event, designed by residents for residents.  You are invited to learn more about the proposed improvements for community engagement, safety, housing, sustainability and overall development.  And the Summit is a great connection for a strong network of resources and support.

After the last two years of the pandemic, Woodlawn is now a stronger and essential community in the rebuilding of Chicago’s southside.  We know we are stronger when we work together, and we are excited about the next five years of development.  Join the conversation as we share vital information about Woodlawn and the future of business, housing and tourism.  This year’s Summit is designed to help you learn more about the current plans and economic development in Woodlawn.

“The past two years have been very trying for us all. We hope this event will allow everyone to learn more about the exciting opportunities which lie ahead for all communities of color. This event allows for everyone to provide input providing honest conversation in order to drive change from a grassroots level.”

Click to View the Official Media Release and Statements. 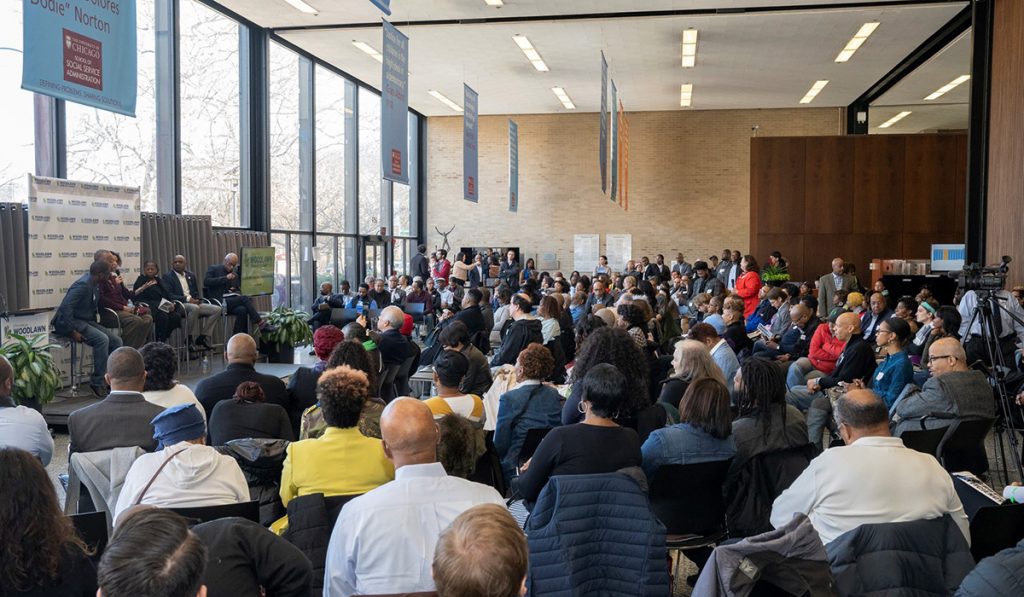 Woodlawn’s economic vitality is a necessity for success in attracting investment and new residents.  We have worked through many quality-of-life plans and now have a blueprint to guide our decisions as we continue to build a great place to live, work and play. After years of planning, we can finally see the beginnings of a new Woodlawn and an improved City of Chicago.

This year’s Summit brings us insights from an esteemed panel of experts and insiders on economic development, housing and job creation.

Are you interested in owning your own home? This session will introduce various opportunities and resources in order to own a home or rental property. Hear from real estate subject matter experts and learn about financing opportunities for purchase and or rehabilitation.

Safety: Together We Can

A public safety session on the Together We Can Partnership Program is needed to increase awareness of this program among community members. This program is a vehicle for 1) information on crime and CPD efforts, 2) becoming involved in collaborating with police on the resolution of crime in their neighborhood, and 3) collaborating with other members in the community to resolve problems together and provide the necessary resources to strengthen the community.

Together We Can is Commander Roderick Watson’s program in the 3rd district to build capacity among community members. Weekly meetings take place run by 3rd District CPD staff with statistics, trends, positive interactions, and trends in three sectors – Woodlawn, Grand Crossing, and South Shore. Residents in the three sectors go into breakout session to share resources, organize events, discuss problems, and are encouraged to strategize and formulate solutions to the problems they identify using available resources. Come and hear about a model that works! Here is a short clip. https://you.tube./Op8eCqs9YHo

The new UCPD Chief, Kyle Bowman, will be introduced to the community along with Captain Janelle Marcellis, who oversees the UCPD Woodlawn section.

BIG’s Sustainable Square Mile system creates a “walk-to-work, walk-to-shop, walk-to-learn, walk-to-play” village learn how to i increase household income via the 8 Principles of Green-Village-Building, with goals to own the businesses, own the land, and live the conservation lifestyle.

The Cook County Assessor’s Office will be helping people learn about property taxes and identify if they qualify for savings and assisting with applications. Come find out which exemptions will automatically renew and get your questions answered about property taxes.

Special Thanks to our 2022 Sponsors 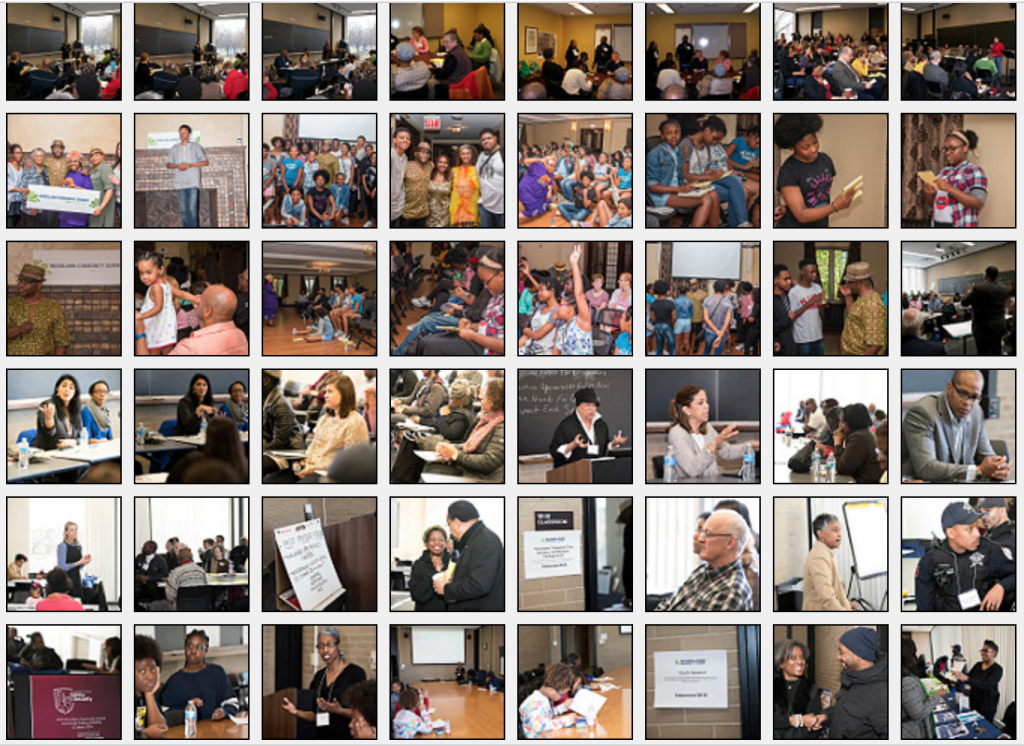 In 2021, the Summit was held virtually due to the pandemic.  Watch the Video Replay.